We spent our first 7 days on this route. Picked because of it’s proximity to the coast and beautiful scenery.

Our route took us from Bilbao the capital of the Basque region of Spain to San Vicente de la Barquera in Cantabria.

It was a lovely day when we reached the beach.

We met some nice people along the way.

And of course it was raining the next morning.

Yes, this man talked with Erica of almost an hour…at the end of our 18 mile first day.

All those shells are his pilgrimages. He gave us our first ones and pointed us to a closer Albergue…though they had just closed their pilgrim lodging for the season, the private room was still reasonable.

Local Spanish couple, who drove us into town and showed us the sites, even bought us coffee. We had a slow start to our walking today.

The two Swiss ladies with Umbrellas.

Found our way to Alberque, but had to backtrack to the Bar El Pontarron to register.

This was a day of country walking, a time for apples, figs and blackberries. Stayed the night in Monasterio Monjas Trinitarias San Francisco, Laredo. 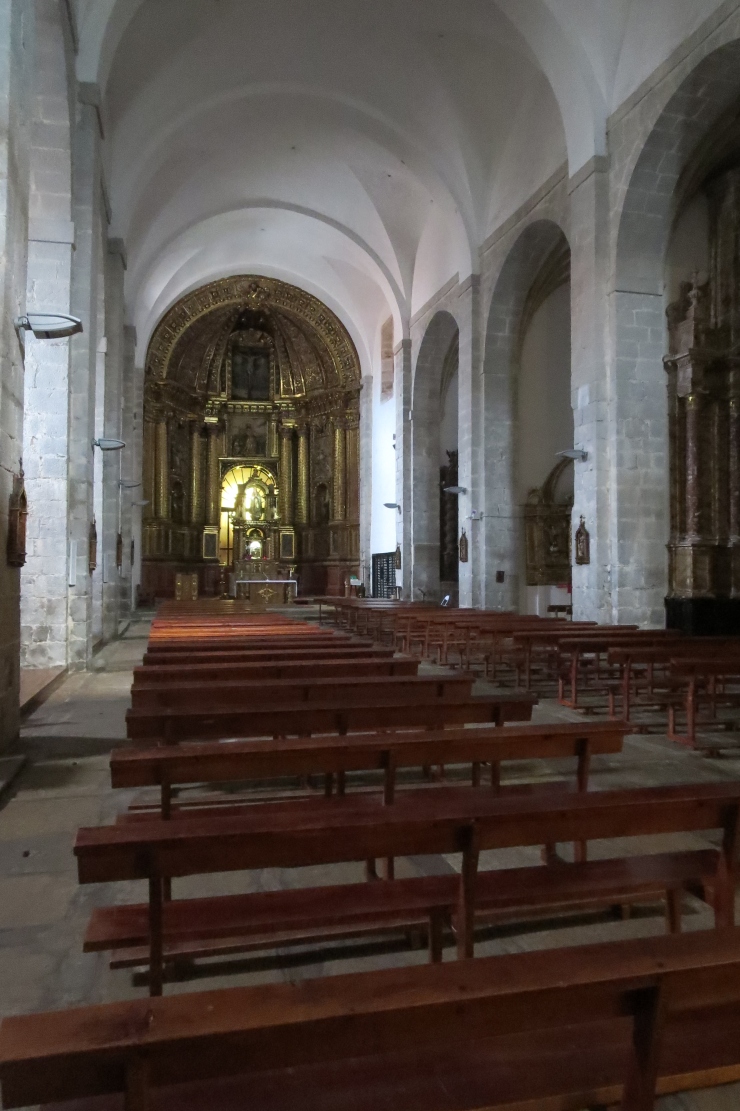 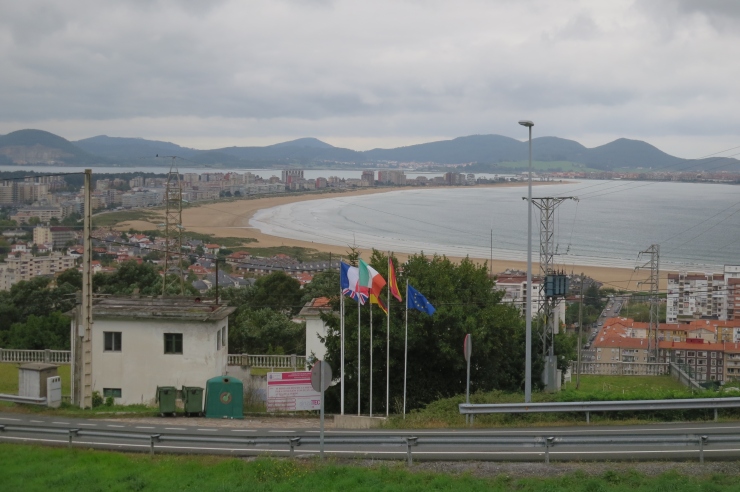 We were up early and back on the beach, racing to catch the first ferry at 9am to Santona. Then ended up facing the very steep and muddy trail up to Punta del Brusco.

Another long day, but we made it to Hostel “La Cabaña del Abuelo Peuto” one of the only 5 star Alberque’s on the Camino. Full dinner and breakfast, and wonderful history talk by Ernesto the 80 year old priest who was born there.

After hiking back to the coast again, we ended up taking a few short cuts…First the ferry to Santander, then the train out of town, and finally tried to take the bus, but ended up taking a short taxi (as we just missed the bus) to Santillana Del Mar. It’s not on the coast but was by far the most lovely small village we stayed in. 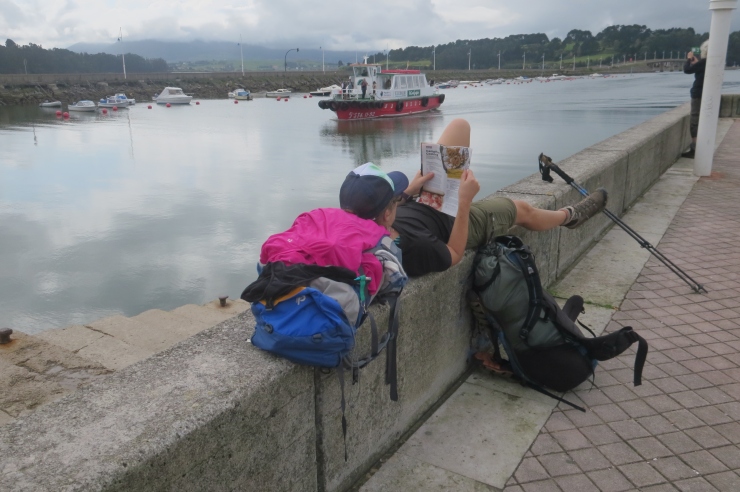 We planned to stay at the Alberque in the Museo, Jesus Otero, but it was late and we were tired so we picked the first Alberque we saw and ended up in a private room for just 30 euros. The Sidreia provided for our refreshment and dinner. 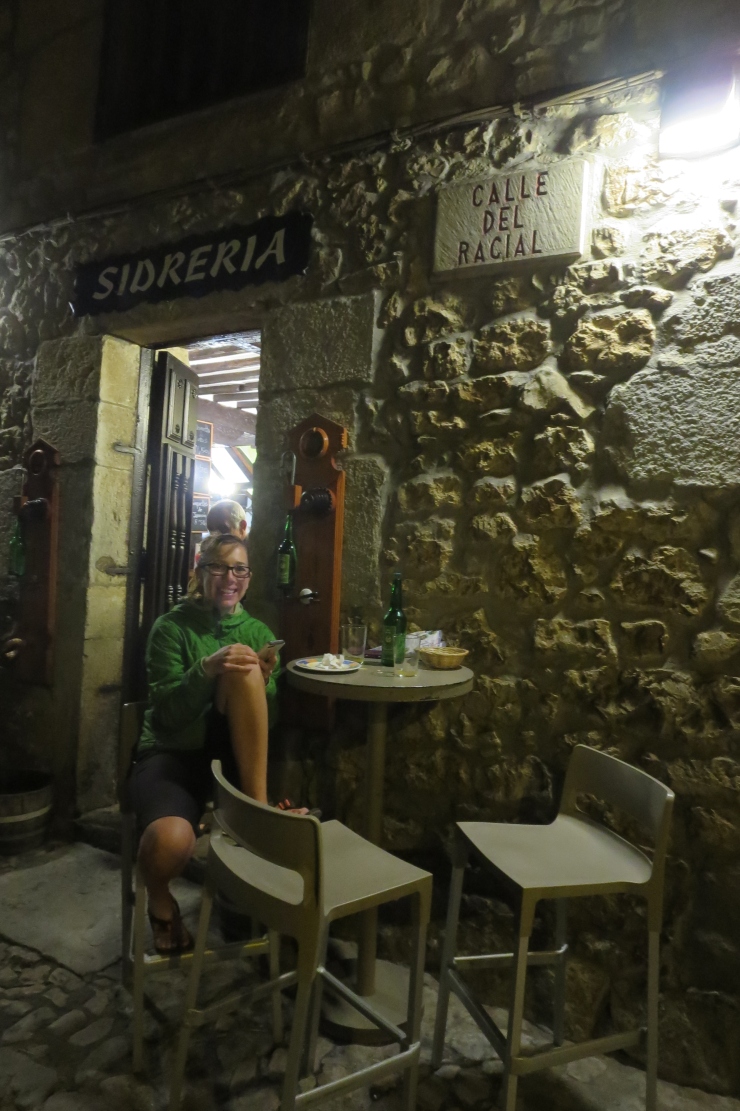 Our final full day on this portion of the Camino was again a lovely walk along the coast.

We sampled more delights of the land and were amazed at the almost empty beaches.

That night we had what was probabally out best dinner…. 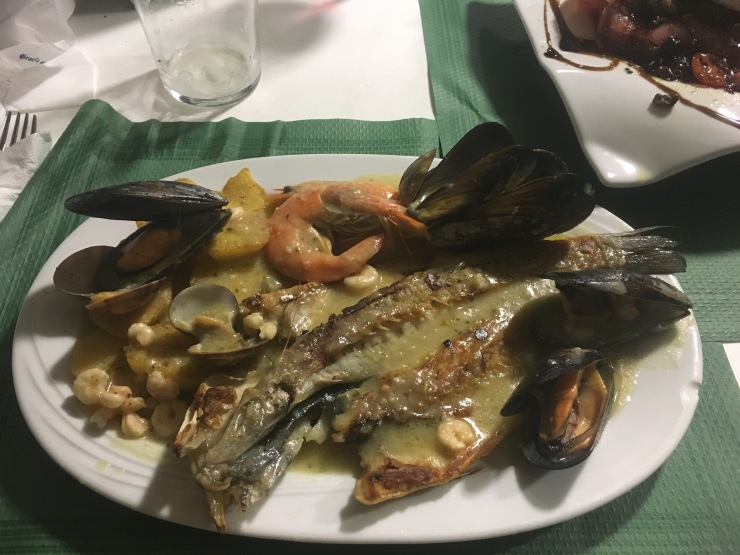 We closed out our week on Camino del Norte, with a final walk to San Vicente del Barqueria. We could have continued on for a few more days, but the drizzle was getting to us and we had a hunger to visit the Mountains of Picos de Europe….so we opted for the bus inland. (We later met a german man who had hiked 3 days to get to Cabanes.) 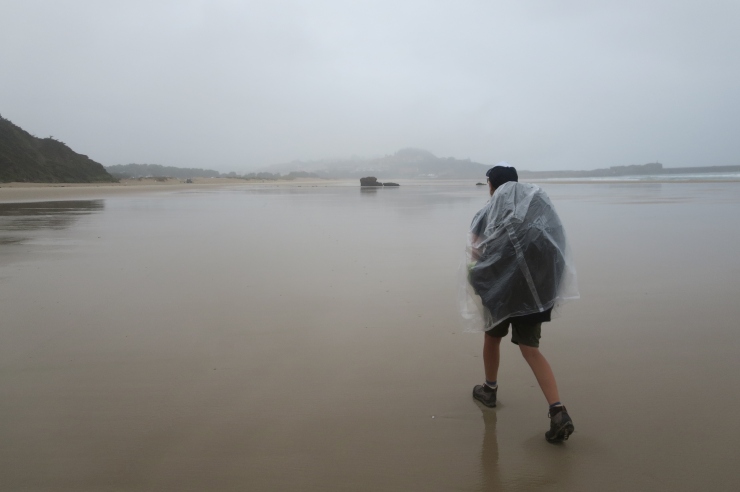 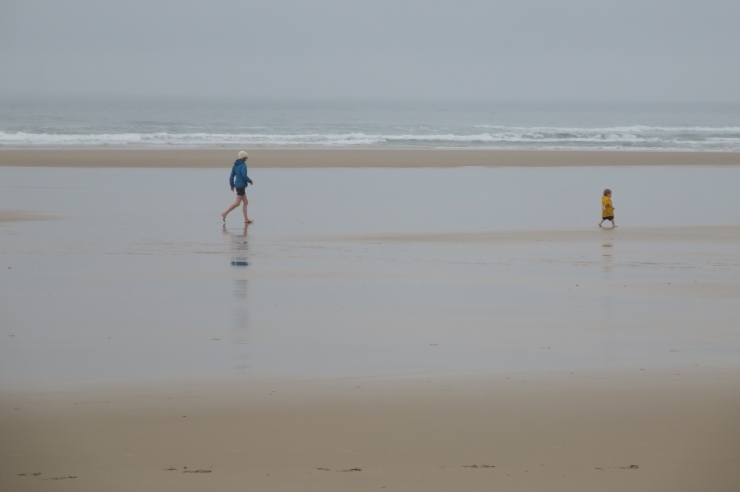 On to  Picos Europa